OK. Highly recommended. Not “fine dining”, but Pure Comfort Food. Makes a ton. And even better as leftovers on Day 2. (I recall the days when I used to be snobby about leftovers. Can you imagine? What’s better than making a ton of comfort food and having a ready-made lunch and dinner the next day.)

It’s easy peasy to make, and don’t scrimp on the mushrooms.

I think it goes without saying, but nevertheless: I probably at least doubled the amount of sour cream. Because it’s stroganoff, and you want it creamy.

Made this for dinner last night: 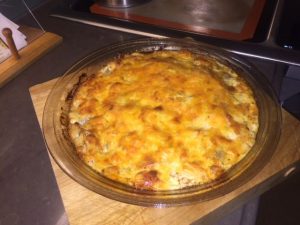 Whisk together in medium bowl.

Heat oil in large skillet over medium-high heat. Add sausages and cook until no longer pink. Add apples and saute until golden brown, a few minutes.

Pour mixture and filling into pie plate sprayed with Pam. Top with grated cheddar cheese (about 3/4 cup). Cook at 400 for 25-30 minutes until set.

Let stand for 5 minutes. Cut into 4 wedges and serve with salad.

Slightly adapted from Pam Anderson’s (no, not the Baywatch one) The Perfect Recipe for Losing Weight and Eating Great. 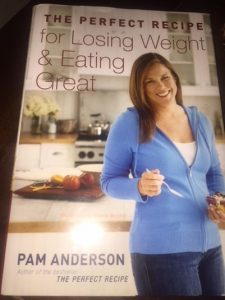 Love all her cookbooks. 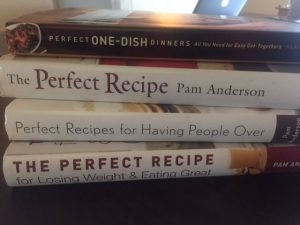 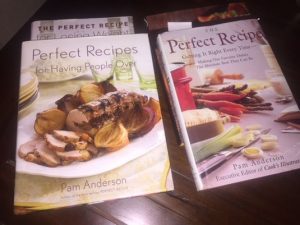 These are a pain in the ass to make, but sooooo good. 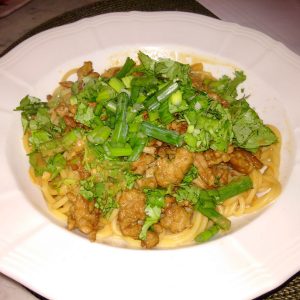 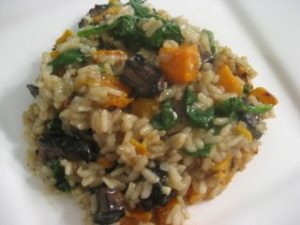 Made this for book club this week, with jasmine rice. 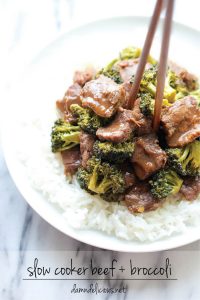 I added fresh ginger to the sauce, and threw in a can of sliced water chestnuts at the end with the broccoli. Comfort food.

Here’s the recipe from Damn Delicious: 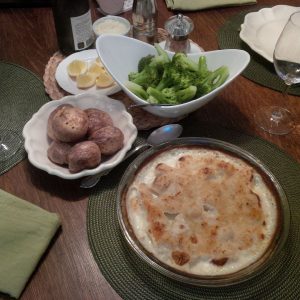 You have to get your own food blog, girl!

And until she starts one, I’m posting pictures of her fabulous-looking split pea soup. She’ll have to make some for me, so that I can confirm it is also fabulous-tasting. Her email says it was “soooooo good”. 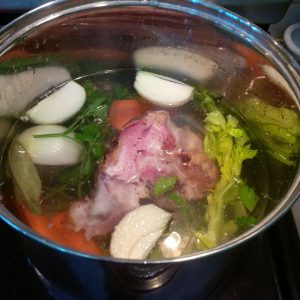 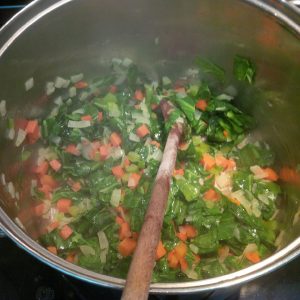 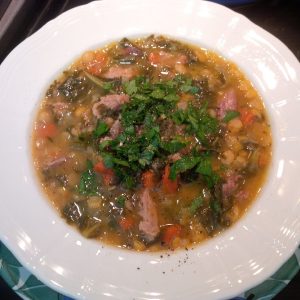