Thanks Mary Jane for bringing this piece to my attention.

Rosie DiManno in The Star defends free speech. And the amazing lawyer Marie Henein, who vigorously and professionally represents those facing the overwhelming power of the state.

Hail to the University of Chicago, then, which sent a welcoming letter to incoming freshmen at the beginning of this semester, bluntly stating that campus political correctness is antithetical in their institution of higher learning.

“Our commitment to academic freedom means that we do not support so-called trigger warnings, we do not cancel invited speakers because their topics might prove controversial, and we do not condone the creation of intellectual ‘safe spaces’ where individuals can retreat from ideas and perspectives at odds with their own,” the dean of students wrote to members of the class of 2020.

PS – this post is not defending rape culture. It’s defending intellectual rigour. Get over it.

IF TODAY IS YOUR BIRTHDAY

What does money mean to you? You may not have given it much thought in the past but you should think about it now. A Venus-Pluto link on your birthday could bring untold riches your way, but only if your mind and heart are open to them. 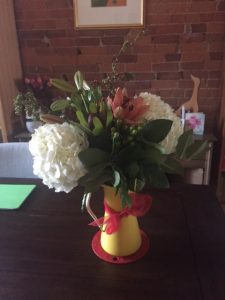 Lots of gabbing, food, vintage champagne, post-election PTSD, and not so much Gilmore Girls. Consensus: insensitivity about infertility issues is not funny, Paris! 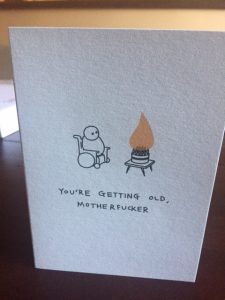 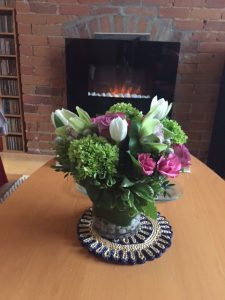 All in all, a great start to a promising new year.

Candace wished me a Fabio birthday. 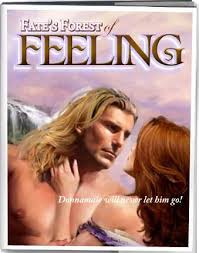 Barb and I saw the National Ballet of Canada’s Onegin last night. I almost always prefer the National Ballet’s short pieces to its full-blown story ballets. But the very traditional Onegin ends up being one of my favourite ballets for so many reasons.

First, as Barb says, it’s just so Russian. The class struggle of Onegin’s aristocrat vs. Tatiana’s provincial family; the pageantry (the sets, sigh); the desperately unfulfilled romance; the ill-advised flirting; the glove slap (throwing down the gauntlet!); the tragic duel. It’s a Russian soap opera that would make Dr. Zhivago proud.

Second, the dance. Onegin is a classic ballet that showcases the male principal dancers as much as the ballerinas. Guillaume Cote was perfectly elegant and arrogant as Onegin in Acts I and II, with a surgically seductive smile. He was perfectly tortured and then determinedly charming in Act III, as he tries to win over Tatiana. Naoya Ebe’s Lensky excelled as Olga’s romantic, devoted, and fatally jealous suitor.

I adore Tatiana’s Act I dance with Onegin, who steps into her dreams through her mirror, takes her in his arms, and cements her love for him with a passionate pas de deux. Greta Hodgkinson’s Tatiana is equally innocent and besotted; her prince has leapt off the pages of her romance novel and into her bedroom.

And then – the compelling story. You start off rooting for Olga and Lensky in particular – they are such a well-matched and loving couple. But don’t get too invested.

It’s a tough ending. If you believe in karma, you will not be pleased. Onegin does not get his just rewards for murdering his good friend Lensky.

Sure, Onegin is thwarted in his seduction of the mature and happily married Tatiana. Tatiana finds her resolve and ultimately sends him away. She’s now his unattainable perfect princess, avenging the young and devoted country girl who was disposable to him. (Aside: Really, NBC, why that dowdy brown frock in Act III?)

But Tatiana very nearly gives in to his charms; she starts to run after him after she’s expelled him from the room. Don’t forget there were a few kisses in that bedroom. Tatiana will torture herself, dwelling on her weakness and impropriety. She will bear another lifelong scar from Onegin.

One also suspects Onegin will get over his heartbreak sooner than he should, relishing his almost-conquest of Tatiana. And then he will move on, recklessly, to his next victim, without thinking of the consequences. Wash rinse repeat.

And my final thought is for Olga. Honey, just dance with the one who brung you. Saves a lot of heartache. 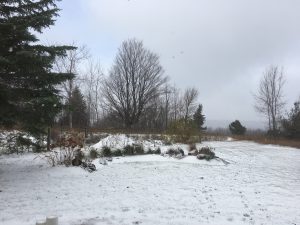 My birthday is coming up, so I’m debating where to go for a special lunch or dinner. My first thought was fish tacos @ The Combine Eatery on the Danforth. Southern California-style, with basa fish (grilled or fried). I swear some day I’ll be healthy and try the grilled fish. Friends swear the grilled basa is awesome, but it’s hard to turn down fried when it’s right there on the menu. (In my defence, it’s lightly fried.) 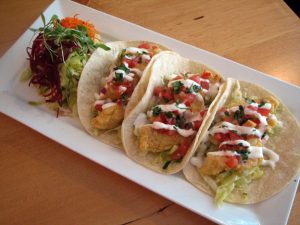 But then this recipe for creamed spinach landed in my inbox this morning, and I started thinking about a traditional steak dinner (like at Ruth’s Chris) with creamed spinach on the side.

By popular demand (and by “popular”, I mean “Mary Jane”), here is my* beef burgundy recipe, which is divine, esp. Day Two, and is best served with whipped potatoes.

*Adapted from a diabetic cookbook of the 1990s, if I recall. My father-in-law Max made the same recipe, with his own twists. 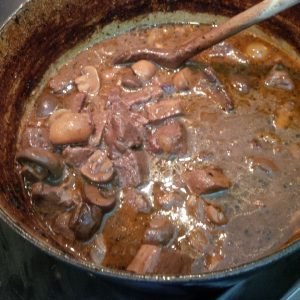 ½ tsp each of thyme, marjoram, and herbes de provence

2. Remove bacon from pan when crisp – towel off grease & crumble. Put aside.

3. Fry chopped onions in bacon grease until tender. Remove to another bowl and set aside.

6. Simmer, loosely covered, for 2 hours; stir occasionally. Liquid should almost (not quite) completely reduce – should be enough to coat mushrooms and onions (next step).

7. Add mushrooms and onions and continue to simmer for 20 more minutes.

Lovely, if microscopic, exhibit at the ROM. Visited on Friday with Paula. Paula had seen his installation in Denver and tells me the sculptures are more magnificent outside, in the midst of nature, gardens and water.

My mom and brother saw his exhibit in September in Seattle, just at the base of the Space Needle, and raved about it.  The Chihuly exhibit, plus their observation that everybody in Seattle has a dog – the most important take-aways for them.

I was very impressed, although I’ve never spent $30 for a 10-minute exhibit before.

And WTF — no Chihuly-licensed or Chihuly-inspired glass paperweights in the gift shop? How does that make any sense? Most obvious product tie-in ever. 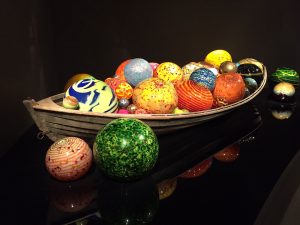 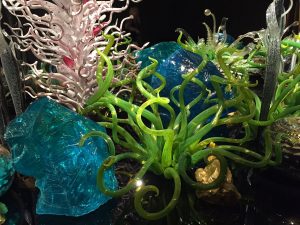