Ballet buddy Barb and I went to see the National Ballet of Canada’s premiere of Streetcar Named Desire, with book club mate Helen.

And I get that Neumeier’s ballet isn’t a strict adaptation of the play. That would be impossible. It’s his take on the themes and characters, translated to dance.

I just didn’t think it worked. The ballet is pretty much a glimpse into Blanche Dubois’ tortured mind. It’s flashbacks and feelings, very haunting and ethereal (esp. Act I). But that results in a narrative and plot that are both weak. And with the canned music (why no live orchestra? I now realize the live orchestra is about 49% of what I love about ballet), it was flimsy, fluttering and slow to progress. I felt many of the dance pieces dragged. (Although the raunchy sex scene between Stanley and Stella at the beginning of Act II was very hot. Mature content, indeed, the posters at the entrance door warned.)

Barb’s take is that the play is just too complex to translate into ballet. Maybe that’s it. Or, this particular ballet translated a brilliant play into a mediocre and diluted dance.

I don’t think popular opinion agrees with me, but I gotta call them as I see them.

Nevertheless, bravo to NBC for tackling it. And I was delighted to see that the Four Seasons was pretty much sold out for this performance.

Check it out. Makes mine look like it was scrapbooked by a second grader.

Possibly my favourite post so far (I even tweeted about it):

Please read if you need a laugh.

And his views on politics are always a good read:

I need to find some positive things to post about.

Such as my rhododendron – which hasn’t bloomed in about 10 years – is blooming now. Must be the gallons of rain Toronto has had this spring. So all is forgiven, Mother Nature. 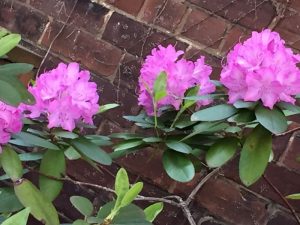 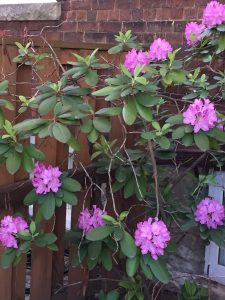 Another happy thing – these crocheted sea urchin sculptures. Makes me want to visit Singapore (and I’ve never said those words before):

And finally, you won’t be able to make him out from this lousy picture, but it’s Neil Diamond! Me and my besties went to see him this week at the ACC, and he was FABULOUS. We had seen him 15 years ago, and you would never know he’s aged a day. Looked as good, sounded as good, moved as good. (Similarly, me and my besties haven’t aged a day in 15 years. That’s my position, and I’m sticking to it.) 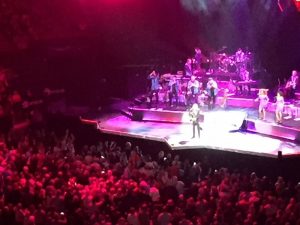 Question: Does Neil Diamond now hate Sweet Caroline? Like, if I have to sing that song one more time for the pandering crowds, I’m going to kill myself? Or does he still love it, all the way to the bank?